Is she tough enough to risk her heart? 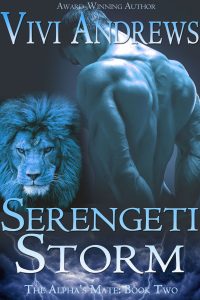 Shana Delray isn’t the kind of lioness who takes no for an answer. When the Alpha of her pride chooses another as his mate, she isn’t going to take it lying down. Shana will do whatever it takes to win the consort position she was bred for – no matter how much ass she has to kick in the process.

Caleb Minor, the Alpha’s loyal enforcer, is assigned the seemingly impossible task of keeping Shana in line. As her former lover, he’s well-acquainted with her manipulative ways, but he isn’t prepared to discover their once-explosive feelings for one another aren’t as dormant as he thought.

Caleb isn’t the adolescent pussycat Shana once had wrapped around her little finger. He’s stronger now. Tougher and harder. She sees in his strength a new opportunity to become the Alpha’s mate – if only she can convince him to challenge the Alpha and take command.

But Caleb has never wanted to rule. He won’t betray his Alpha, but can he convince Shana to give up her ambitions and follow her heart?