“No Strings” has never been so tangled. 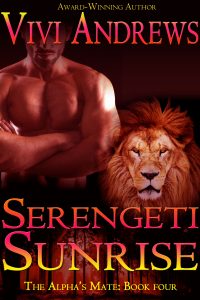 Ever since Zoe King arrived at the Three Rocks pride, Tyler Minor has been running hot and cold on her – setting her senses on fire one second and shutting down and walking away the next. This lioness is sick of playing cat and mouse. All she wants is one no-strings fling before she leaves the pride for good.

Tyler knows no strings isn’t an option with Zoe – you don’t screw around with the Alpha’s sister – and the last thing he wants is another obligation. He’s been wrestling with a mountain of responsibilities ever since he took charge of his four younger siblings when their father left. Now that they’re all settled, he might finally have some time for himself – but when the secrecy of the pride is threatened, Tyler must put his own desires second again.

Neither of them is looking for forever, but as they work together to protect the pride that means so much to both of their families, Zoe and Tyler become tangled in an affair that could take them beyond no-strings and obligations and into the uncharted territory of love.