He knows exactly how to make her purr. 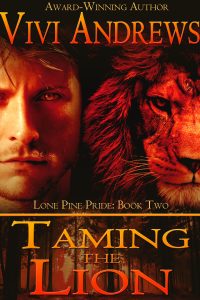 Wilderness guide and cougar-shifter Patricia “Patch” Fontaine prizes her independence, but she’s known how dangerous life can be for a shifter on her own ever since her parents mysteriously vanished when she was a child. When rumors of shifter abductions crop up, she’s forced to come home to the Lone Pine Pride for protection – right as the man she has always secretly wanted is about to marry her best friend. And right as she’s going into heat.

As heir apparent to the Alpha, Roman Jaeger will always do his duty for the pride, even if that means an arranged marriage to the Alpha’s daughter – who seems as nonplussed about the situation as he is. Following his heart isn’t an option, but when Roman sees Patch again he can’t resist the chance for one last fling.

They know a future together is impossible. But what starts out as chemistry quickly becomes a need that goes deeper than lust, and a bond that could threaten the very heart of the pride they both love.